Barcelona, as you saw, is one of the most amazing architectural places to visit if you are a culture seeker while travelling. As mentioned many many times in my previous posts, Barcelona offers something really great for everyone who comes here.

Barcelona is architecturally stunning and very different city compared to other big cities of the world. Here you can find Roman ruins, Gothic cathedrals, and Modernist masterpieces all within kilometers of one another; together, they create a cityscape that is unrivaled by any other urban center. 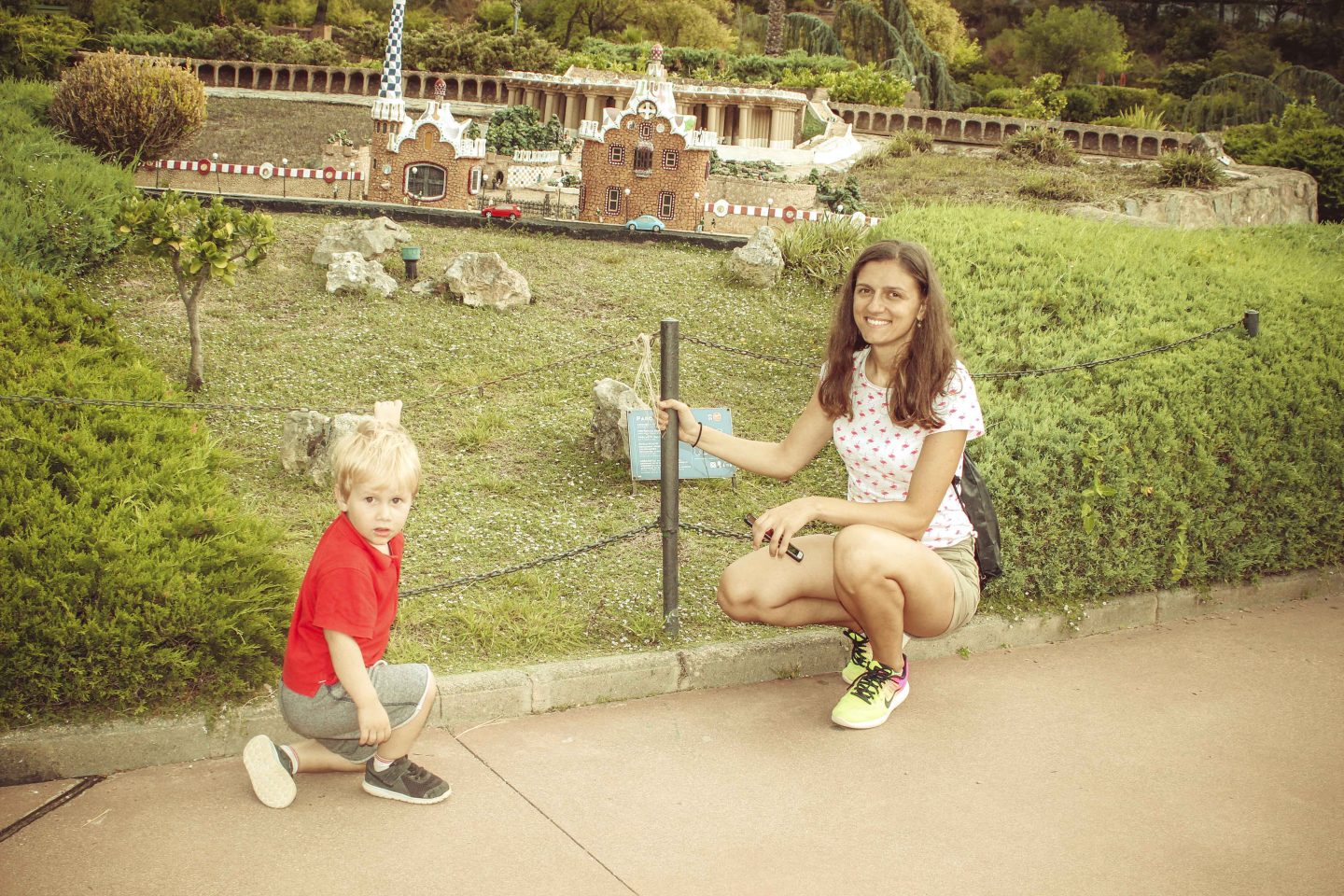 It may be to your interess to read our latest posts about Barcelona:

HOW TO MOVE AROUND IN BARCELONA?

Before getting into the heart of this beautiful city, lets travel in ages. And specially before 19th century, when Barcelona was all of medieval walls, and it outgrown itself. The city had to decide whether to go, and how to build a big city where every citizen could live well.

So, the place where those medieval walls were, now is called Eixample and is bordered by the old city and its surrounding suburbs. Eixample is a wonderful example of modernist architecture; known for its long, straight streets, logical grid pattern crossed by wide avenues, and 45 degree chamfered corners that create open, octagonal city blocks.

When there are travellers in our house (aka guests, family), we always begin our tours from Passeig de Gracia with Avinguda Diagonal. And from there strolling till Maremagnum, and of course passing by the Old Town and Eixample.

Passeig de Gràcia is one of the most important boulevards in Eixample and it is famous for the city´s most impressive modernist architecture. Between Carrer del Consell de Cent and Carrer d’Aragó you will find Casa Mulleras, Casa Bonet, Casa Amatller, and Casa Batllo. While each of these buildings are ornate and beautiful, their styles clash wildly with each other, and with neighboring buildings.

First in visiting is La Pedrera or Casa Mila, Gaudi. The building has wavy curving stone facade. The interior is very cozy and have quite a different design. Then you have a stunning rooftop with best views over the city, and Espai Gaudí (Gaudí Space) that reveals the secrets of Gaudi’s technology on making such precious masterpieces. One of the latest tour point is the apartment which shows an interesting look into the life of a bourgeois family that lived in La Pedrera in the early 20th century. 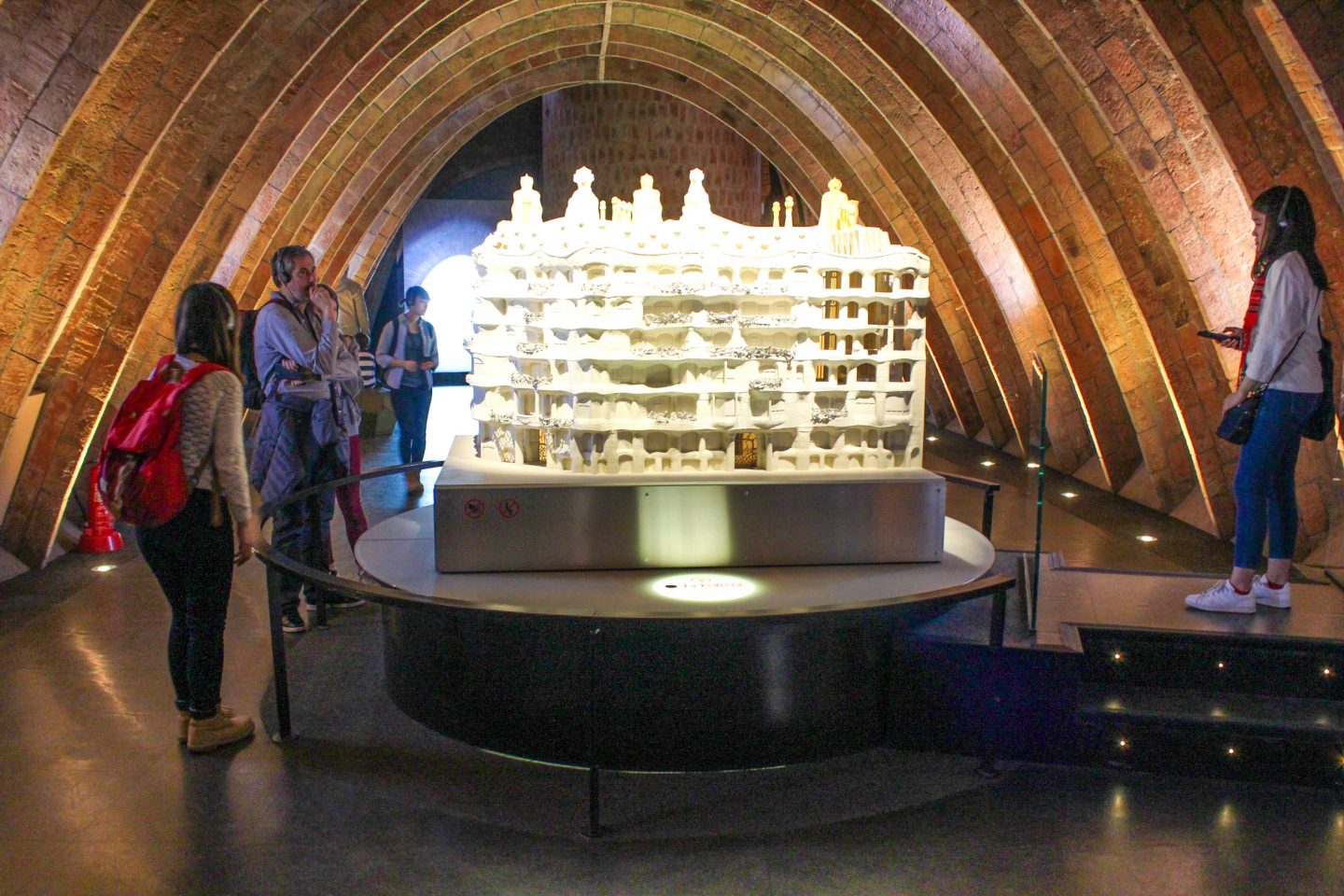 Casa Batllo, by Antoni Gaudi (it wasn’t famous till last years in Catalan modernism movement), was built between 1904 and 1906. And it will be our next stop during our walk on Passeig de Gracia. It has fantastic natural shapes, beautiful façade and very aesthetic view, that clearly show that is another Gaudi creations. 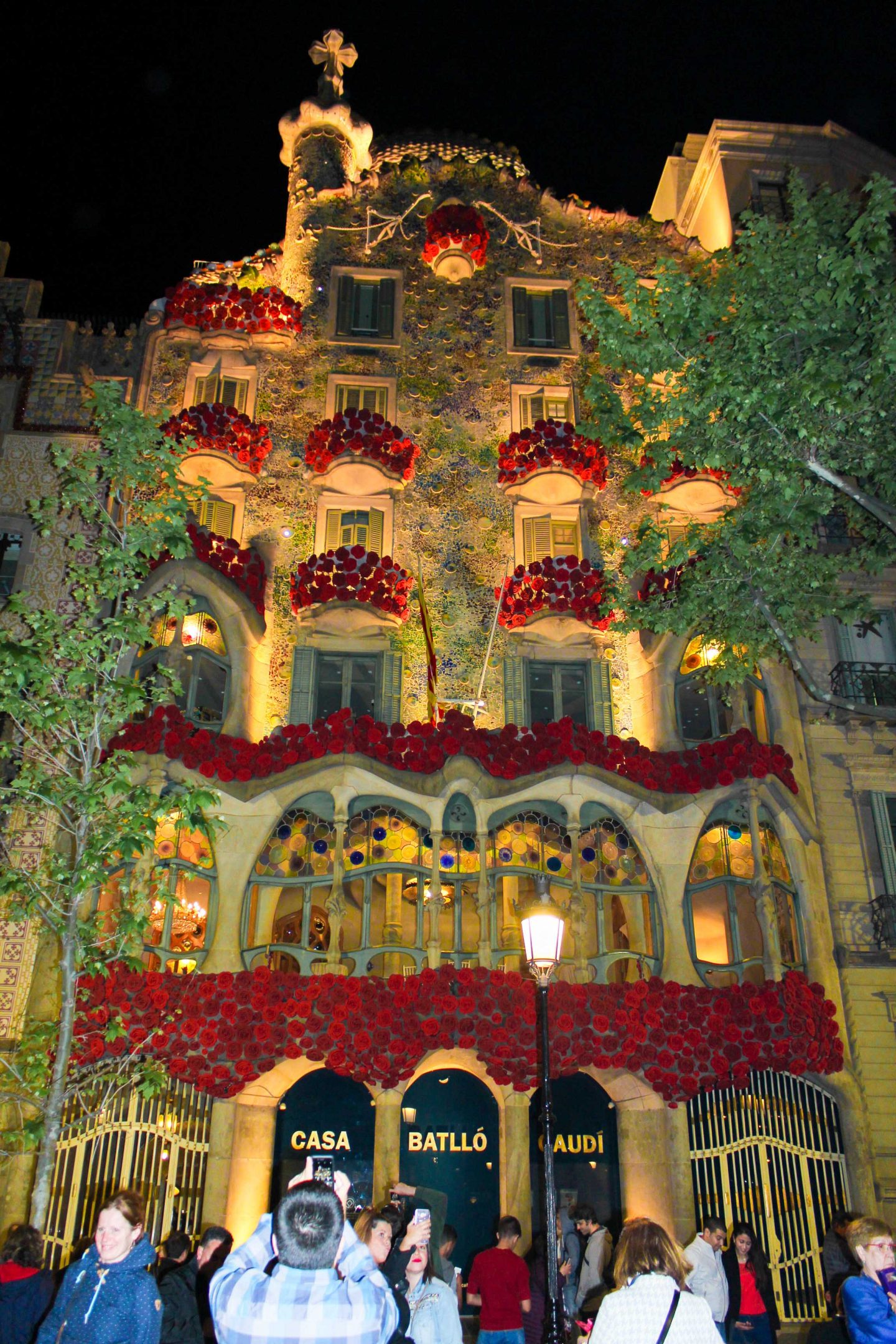 Other famous building that can be seen during your stroll on Passeig de Gracia is Casa Amatller, that is close to Casa Batllo, and is open for the wide public for less than 2 years.

After visiting those marvelous architectures on Passeig de Gracia, let’s move on, right to Placa Catalunya. From here, you can choose if you want to stroll through Las Ramblas, or move on the next street that is full of shops, but leads to the Gothic Quarter. 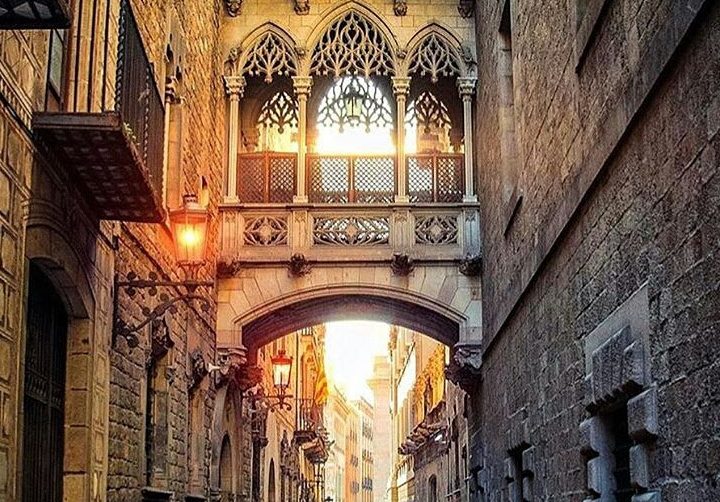 If you are a culture lover, then Gothic Quarter is that place that you must visit, and don’t miss during your trip to Barcelona.

I think after visiting all Passeig de Gracia and Gothic Quarter, you will have 1 day of your trip to Barcelona done. You will fulfill your wanderlust with lots of amazing things in only 1 day.

For another day, I would kindly recommend you another route. It will begin right in Parc Güell. Another amazing artwork of Gaudi. Parc Güell is located in Gracia district, and has breathtaking panoramic views of Barcelona. It is one of the city’s nine UNESCO World Heritage Sites and is one of the most impressive public parks in the world. Clearly, a must-see place. 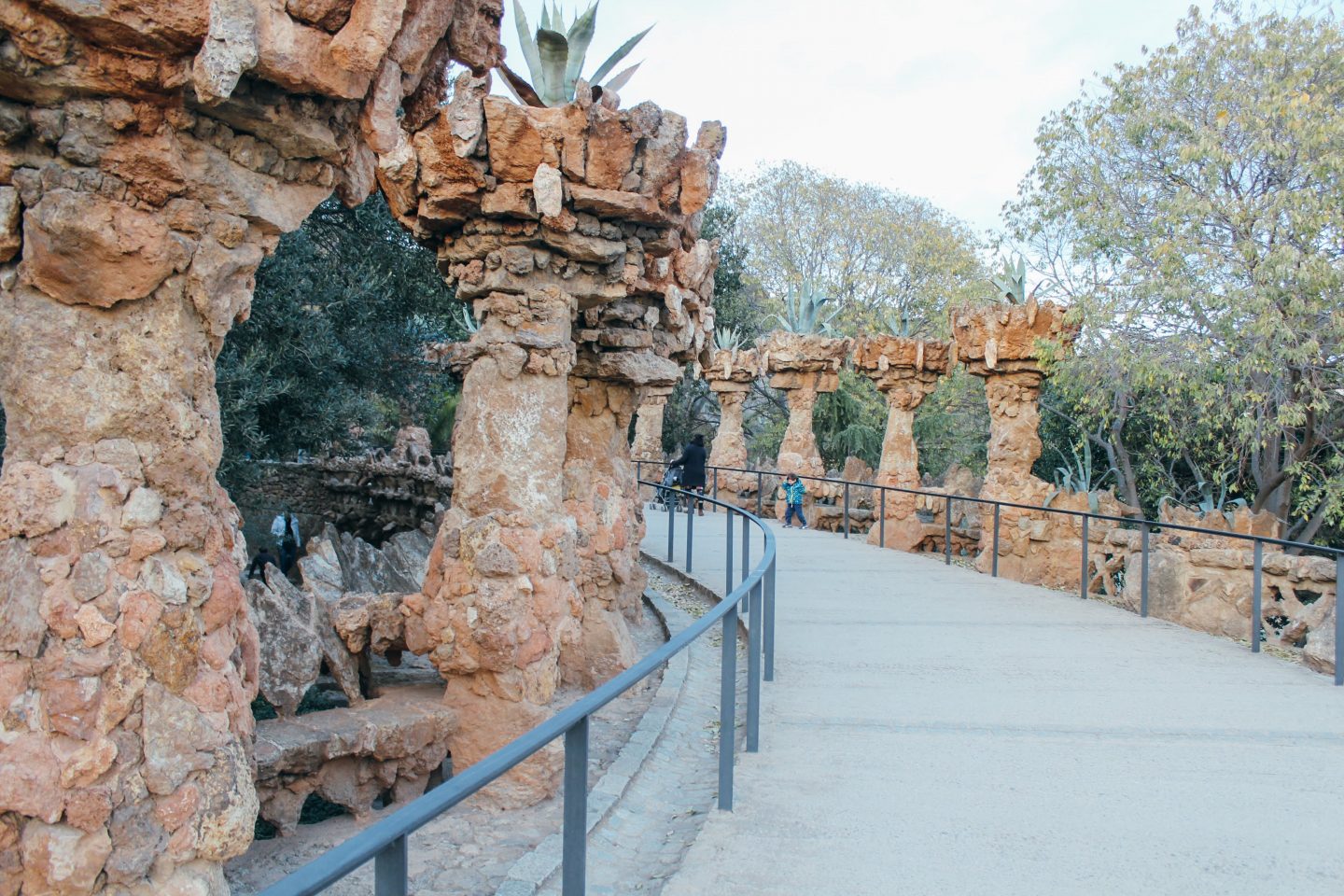 After having a great breakfast with a view, we invite you to visit Sant Pau Recinte Modernista. It is an Art Nouveau complex, opened to the wide public less than 1 year ago. It is one of the most important works of architect Lluís Domènech i Montaner. This place, became, on of Barcelona´s popular attractions. All that is beautifully created has a success among art lovers. 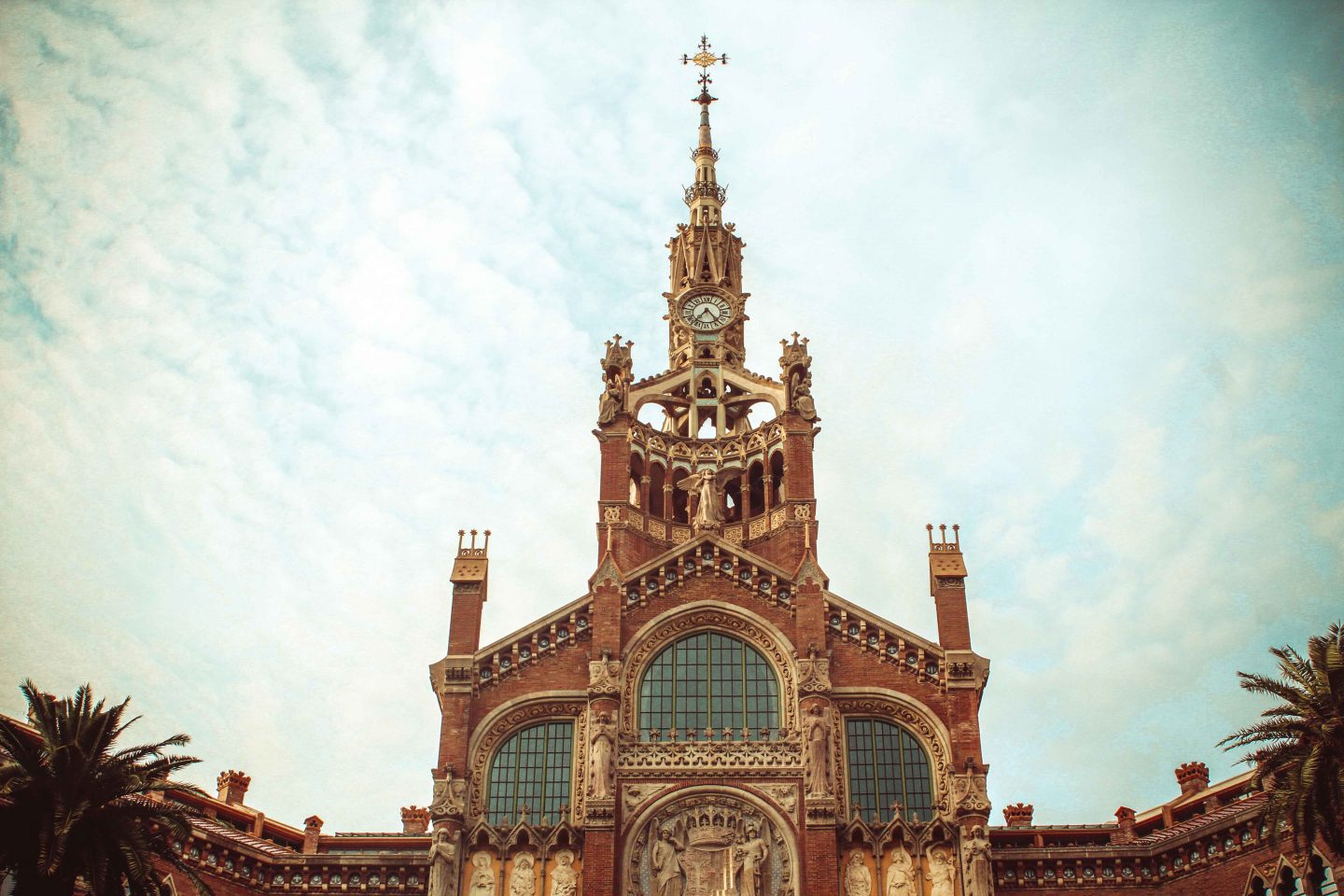 Right after, I kindly propose you to move on to the most idyllic place in Barcelona, Sagrada Familia. La Sagrada Familia is a Roman Catholic Church, a masterpiece of Gothic architecture, and undoubtedly Barcelona’s most famed landmark. Construction of La Sagrada Familia began in 1882 and work continues today. Be prepared, to take lots of pictures there. And for not spending your time in a queue, we advise you to buy your tickets online. 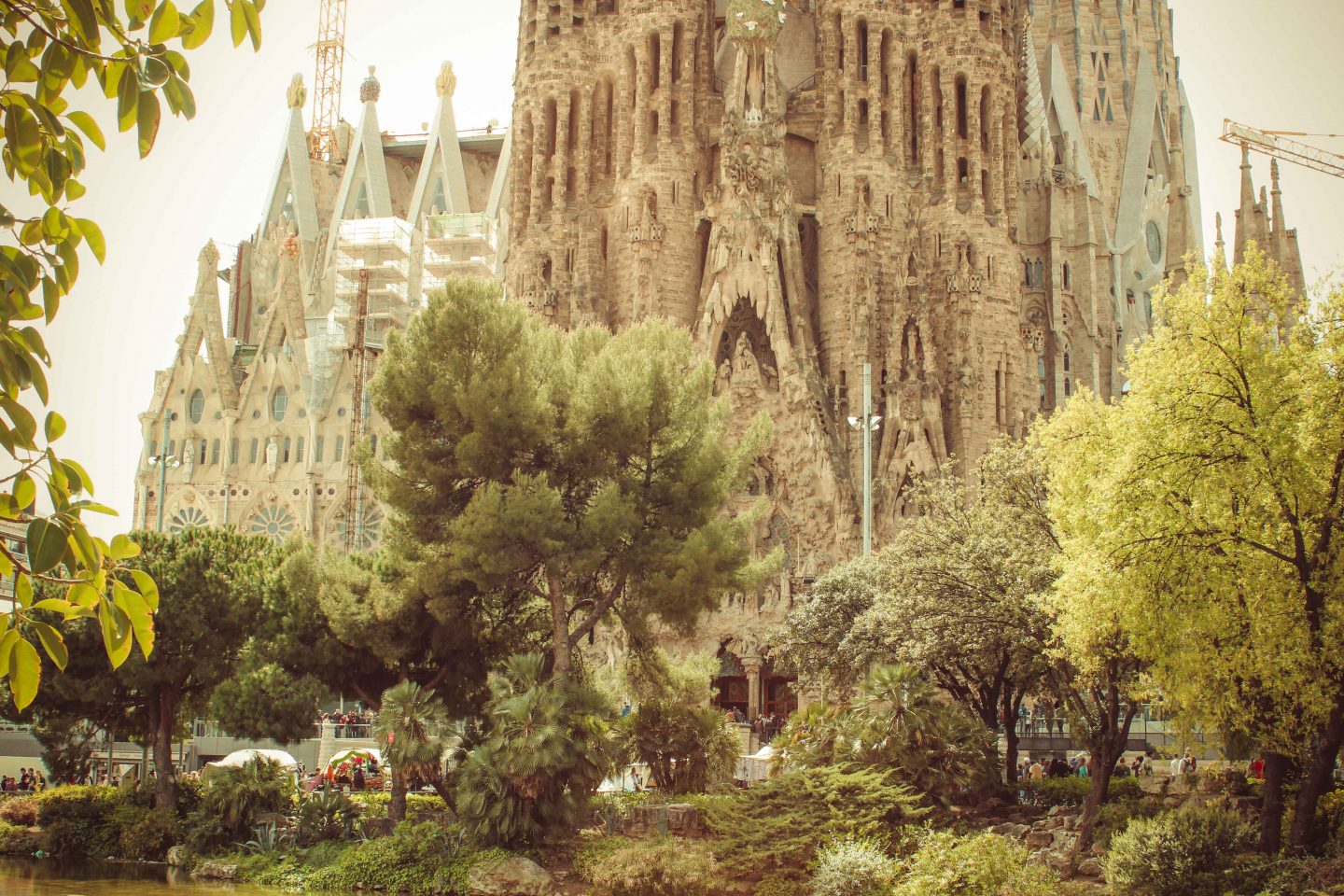 Finally, after taking your tour of Sagrada Familia, another great stop will be Arc de Triomf. It is also considered, the most instagrammable place in Barcelona. Once there, you will understand why. Stroll down the promenade, right the oasis in the middle of the city, Parc de Ciutadella. An open-air museum with modernist buildings, geological museum and a perfect time to have a snack with kids there.

As well, during this day you can enjoy Torre Agbar, and Museo de Diseny.

On another day, we propose you to culturalize your wanderlust and your kids with going to the Montjuïc district. Montjuïc district is a glimpse to a contemporary architecture. Stop by the Arenas de Barcelona, a modern shopping center – formerly Barcelona’s bullfighting ring – that has a well-positioned rooftop offering a spectacular view of Plaça d’Espanya and the Palace of Montjüic. 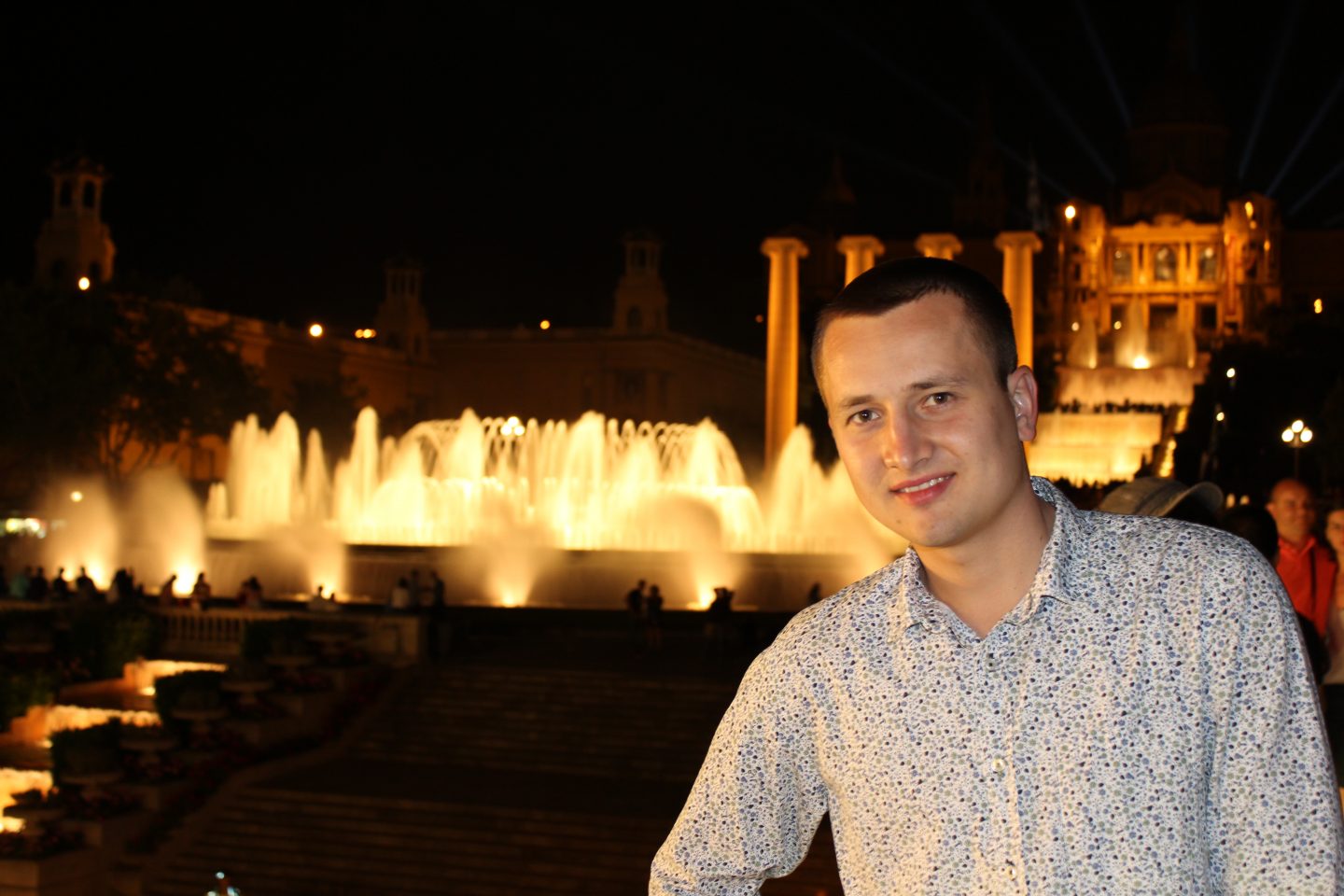 Barcelona’s architecture and urban center live together in perfect harmony; the patchwork of ancient and modern designs make the city feel like an open-air museum. The city’s great artistic traditions and rich history can be felt in every corner. I could stroll through grand boulevards and quaint side streets all day, stopping to admire Gothic and Art Nouveau façades.

Even if I don’t mention too much about kids. All the places are kids friendly, and don’t be afraid to take them with you. Barcelona is well prepared for strolling with kids, and have a perfect family time here. 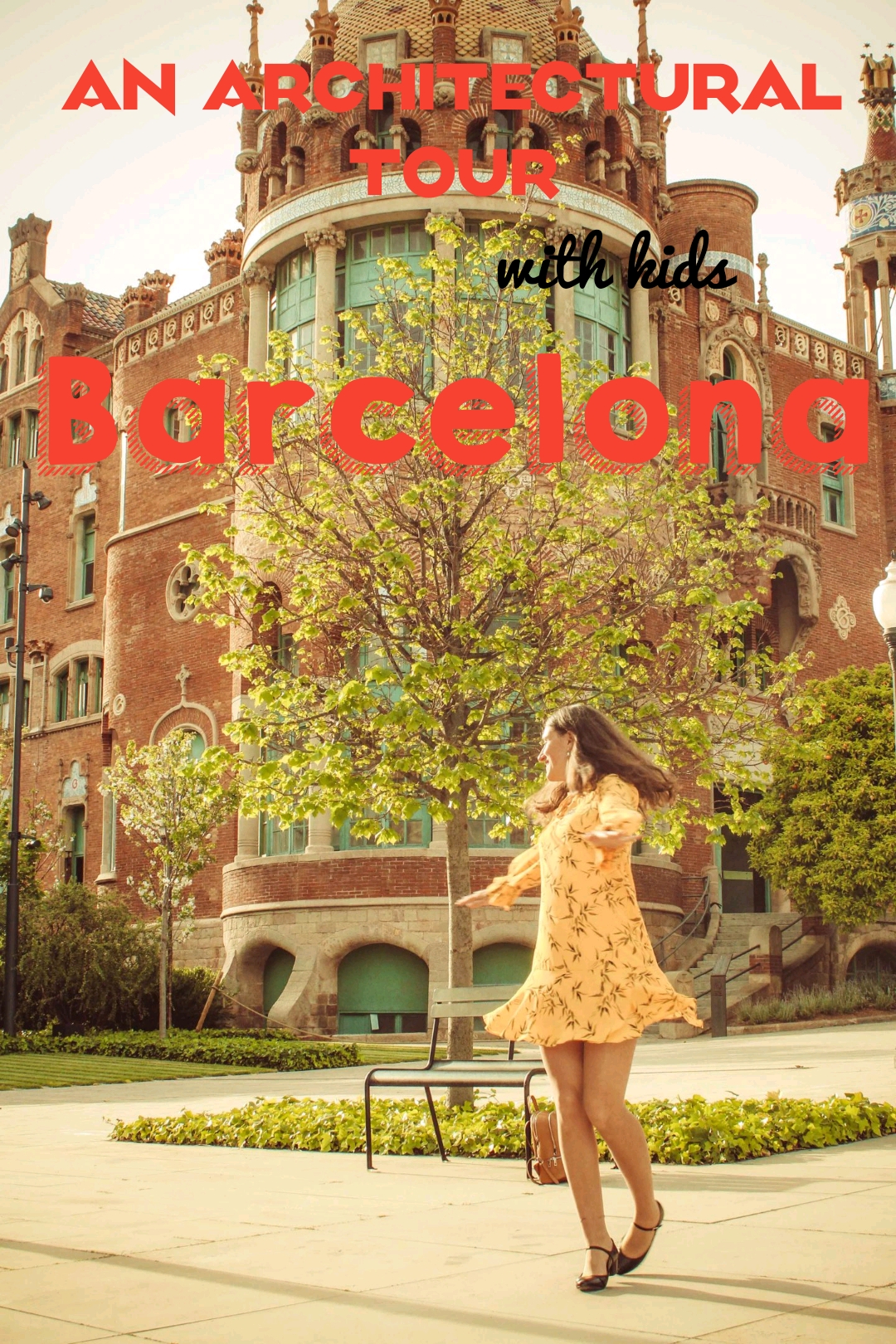